Who is Pierre Cherelle?

Pierre Cherelle is the founder and CEO of Axiles Bionics. This start-up is a spin-off of BruBotics of the Vrije Universiteit Brussel, and specialises in robotics, artificial intelligence and human biomechanics. Their goal is to develop the next generation of bionic prostheses for lower limb amputees.

How is the company changing the medical world?

Ankle prostheses have evolved very little in 50 years. The vast majority of these prostheses are fixed at 90 degrees, with no articulation at the ankle. This is a real problem for people because they have to compensate using the rest of their body. It is as if they were walking with a ski boot. It is very uncomfortable and particularly difficult on steep or uneven ground. The goal is to develop articulated prostheses, which allow muscle functionality. That is where the real innovation lies and is what we have been working on for 15 or 20 years now. Today, this technology is beginning to sufficiently mature into a product that amputees can use every day.

To what extent has your project had an impact in the Brussels-Capital Region?

The first point is the significant social impact that this kind of project has for people with reduced mobility and the improvement of their daily life. The second is the boosting of academic research into robotics, artificial intelligence and biomechanics. Axiles Bionics wants to build a centre of excellence in bionics with the research groups from the Vrije Universiteit Brussel. Lastly, what you need to know is that all the existing prosthesis manufacturers on the market are currently based abroad. Since these prostheses are fully reimbursed by mutual insurance companies, this takes money away from the region and the country. Pierre Cherelle therefore hopes to have a positive impact on the national economy.

How does artificial intelligence enable the evolution of bionic prostheses?

There are several strands of artificial intelligence that we apply in our technologies. The first is the intelligence of the robot. A robot works like a human. It has a structure that corresponds to the human skeleton, a musculature that corresponds to the robot's motor and a brain that corresponds to intelligence; there are also the robot's electronics. A prosthesis cannot yet be directly connected to the human brain. We are forced to bring a form of intelligence into this prosthesis. The principle of artificial intelligence is to collect data on usage, inputs and outputs. The more data we have, the clearer the links between what happens in nature and how the prosthesis should respond to these stimuli. When you walk, if you see stairs 10 metres away, you have cognitive feedback that is created automatically. You will adapt your stride and the frequency of your steps so you correctly reach the first step without even realising it. The problem is that a prosthesis not connected to the human brain will not be able to do the same thing. The more data there is, the greater the intelligence of the prosthesis becomes. It's like the human brain, as the more it practices doing something, the better it will become at it.

The second strand concerns a completely different kind of artificial intelligence called reinforcement learning. The idea is to create prostheses that are able to learn autonomously. How will the prosthesis adapt to the differences in height, weight and stride of each person? This is where the Strategic Innovation Plan funded by the Innoviris Innovative Starters Award comes in. The objective is to develop a data collection platform in the Cloud that includes every prosthesis in use on the market. Every night when an amputee goes to bed, they take off their prosthesis and plug it in so they can recharge the battery like a phone. At the same time, we are developing this platform that allows the data collected during the day to be sent to us, still in the Cloud. This data is used primarily by the users as a whole to improve daily functioning, but also by each person individually. User-specific data can be refined. At dawn, these new parameters are sent back to the prosthesis so that when the person wakes up, the prosthesis works better than it did the day before. We want to develop artificial intelligence in the software that makes our product adapt to the user, so it is not the user who has to do everything to adapt."

Everything! But what I particularly like is the fact that I can rally people to my cause, which started 15 years ago as part of academic research. I like to bring together a large number of stakeholders, including the management team, employees and future employees, as well as Brussels authorities such as Innoviris or hub.brussels, prosthetists and health professionals. Many children dream of working in robotics or artificial intelligence, so we can see that we have an important role to play. The positive social impact also brings great satisfaction.

What was your background before Axiles Bionics?

Pierre is a physicist. He studied physics at the Vrije Universiteit Brussel. Afterwards he started a PhD in robotics. Thanks to his results, he was able to receive financial support from Innoviris to launch his spin-off. This experience allowed him to work on the business development aspect. Before starting Axiles Bionics, Pierre went through the complicated process of finding funding and investors. Three years ago, he and his team managed to close a multi-million euro financing deal which allowed him to start the company and hire his first employees. Since then, he has continued to develop Axiles Bionics and its products.

According to Pierre, one of the strengths of the Innovative Starters Award is that it doesn't stop at technology or artificial intelligence, but also addresses the new business models for bringing a product to market. 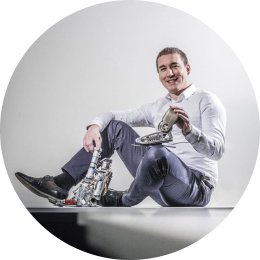 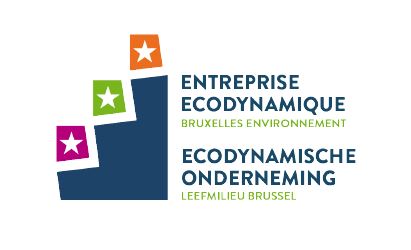